To take an oppressed people and stifle their soul stirring expression of the arts then set them free in an environment like Harlem, New York in the 1930s only produced the fevered burst of creative works in every area of writing, dance, music, design, fashion and culture known as the Harlem Renaissance...

Evan Brown is a Junior Photography student at the City College of New York. "Creativity is never hard to find. Each time you go outside, you're bombarded with inspiration. With a bachelors in Fine Arts from City College, I hope to find my niche. For now, I'll continue to test the waters and experiment with different mediums. The first will be photography."

By Wale (As Told To Datwon Thomas)

Straight from the man himself comes the words of a warrior, fearless friend of the people and an incredibly harsh self-critic. Since music is Wale's only salvation, he'll be serving up new material forever. But right now, with The Gifted, he's at his personal best.

The Black Sheep Theory: Gift Of An Artist & The Curse Of Fame

Using life to define your art is the fastest way to insanity. Wale knows this, yet his talent, tribulations and track record won't let him live...or will it?

Known for a vast collection of desired footwear, the rap game's sneaker star reveals his thoughts and visions on how ill his laced up flow is and always has been.

The Gifted Hall of Fame

The accessory line was inspired by Wale's observation of a void in the marketplace for accessories that incorporated both street and designer fashion influences. Partnering with seasoned industry veterans from lines as diverse as BBC to Donna Karan, Wale worked to guarantee his vision would be fully executed. His signature accessory, the knit beanie, provides the perfect medium on which to launch this concept.

The "Wrkng Title" Fall 2013 collection encompasses five styles of knit beanie hats in a wide variety of colors that reference trends in runway fashion and street footwear, as well as professional sports teams. Silhouettes include fitted styles with fold up brims to slouchy shapes that are as versatile as the person who wears them.

"The Gifted" drops June 25th
Here are some significant historical events that share the same date.

"I am the greatest, I said that even before I knew I was." 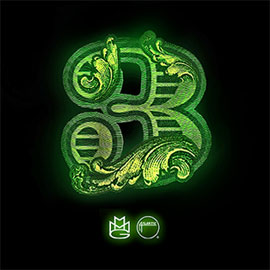 You are now signed up for The Beat mailing list.
There was an error with your submission.
Please reload the page and try again.

By submitting my information above, I acknowledge that I have reviewed and agreed to the Privacy Policy and Terms of Use, and I agree to receive updates and marketing messages from time to time from Atlantic Records.

Albert Einstein - The German-born theoretical physicist developed the general theory of relativity, which has become one of the mainstays of modern physics. Besides winning the 1921 Nobel Prize in Physics "for his services to theoretical physics, and especially for discovery of the law of the photoelectric effect", he is best known for developing the mass-energy equivalence formula: E=MC2. Ultimately, his name is synonymous with genius.

Muhammad Ali - Nicknamed "The Greatest", and widely considered the best heavyweight of all-time, Ali was involved in several historic boxing matches. Notable among these were three with rival Joe Frazier, which are considered among the greatest in boxing history, and one with George Foreman, where he finally regained the World Heavyweight Title which he had been stripped of seven years prior for his refusal to enter the military draft due to his religious beliefs and firm stance against the Vietnam War. Ali’s unorthodox fighting style can be characterized through his famous catchphrase: "float like a butterfly, sting like a bee". Accordingly, Ali brought beauty and grace to the most uncompromising of sports and through the wonderful excesses of skill and character, he became the most famous athlete in the world. In 1999, Ali was crowned"Sportsman of the Century" by Sports Illustrated and "Sports Personality of the Century" by the BBC.

Sylvia Plath - Plath is credited with advancing the genre of confessional poetry and is best known for her two published collections, The Colossus and Other Poems and Ariel. In 1982, she won a Pulitzer Prize posthumously, for The Collected Poems. She also wrote The Bell Jar, a semi-autobiographical novel published shortly before her death.

Steve Jobs - Steve Jobs was best known as the co-founder, chairman, and CEO of Apple Inc. He is often regarded as a pioneer within the electronics industry. Jobs left Apple in 1985, but returned in 1996 as interim CEO, bringing a company that was near bankruptcy to profitability within two years. As he oversaw the development of the iMac, iTunes, iPod, iPhone, iPad, the company's Apple Retail Stores, iTunes Store and the App Store, Jobs led Apple to become the world's most valuable publicly traded company in 2011. The reinvigoration of the company is regarded by many commentators as one of the greatest turnarounds in business history. Jobs received a number of honors and public recognition for his influence in the technology and music industries. He has been referred to as "legendary", a "futurist" or simply "visionary", and has been described as the "Father of the Digital Revolution", a "master of innovation", "the master evangelist of the digital age" and a "design perfectionist".